When SpeedCurve was just a twinkle in Mark's eye, he contacted me about the concept and I encouraged him that a commercial version of WebPageTest was needed. When I saw the early versions of SpeedCurve, I was blown away. Mark presents traditional performance data in a way that is more compelling, revealing his strong design background.

Design and performance are connected, like the yin and yang. They aren't opposing forces, but instead complement each other. Users want an experience that is rich and fast. The trick is figuring out how to do that. That's where SpeedCurve comes in.

I've been working on performance for more than a decade and have witnessed (and instigated) a lot of changes. I'm excited about this movement to bring design & performance closer together. In the end it'll produce what matters the most: a great web experience for users.

Mark and I are a good team to work on this - with his background heavy in design and mine in performance. Today we just re-launched the site with a major design overhaul and many new features. (Plus a new pay-as-you-go pricing plan that actually lowers costs for most of our existing customers!) We hope you'll give SpeedCurve a try, and that you'll find it useful for understanding what your users are experiencing and how to make that experience richer and faster. 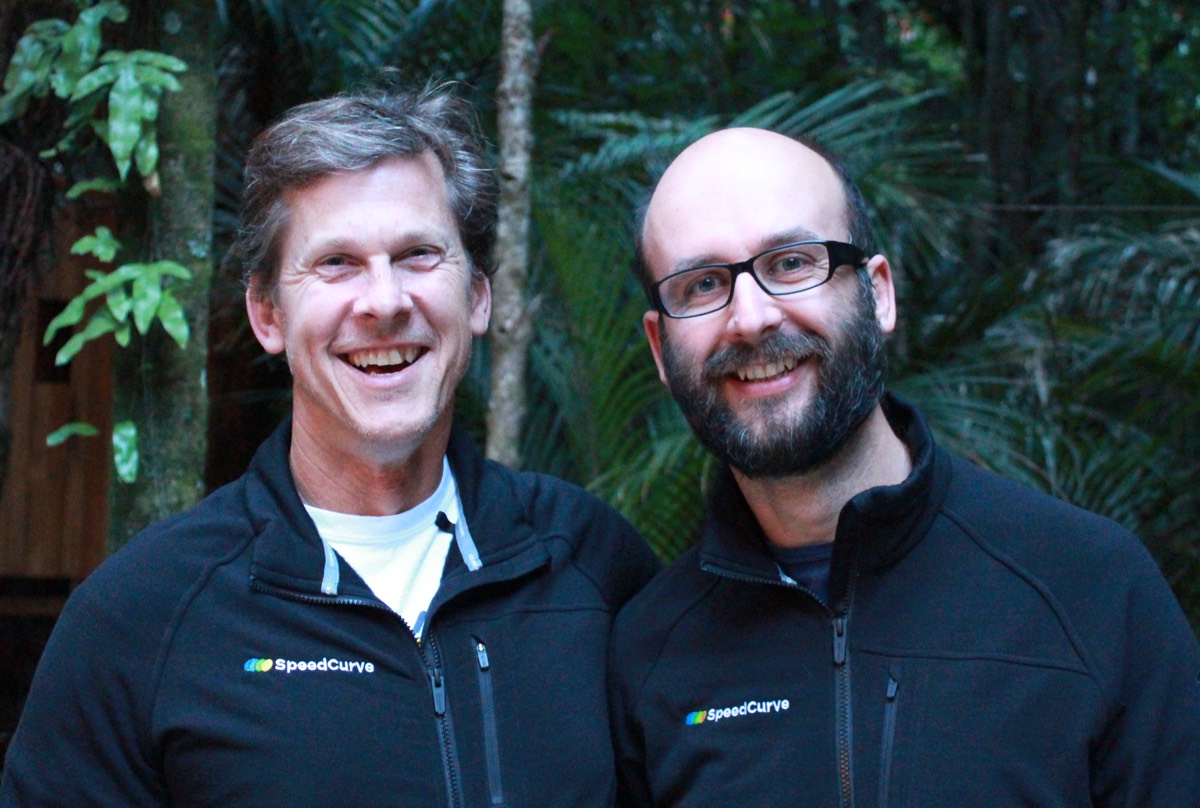 Steve and Mark at the SpeedCurve re-launch in New Zealand.